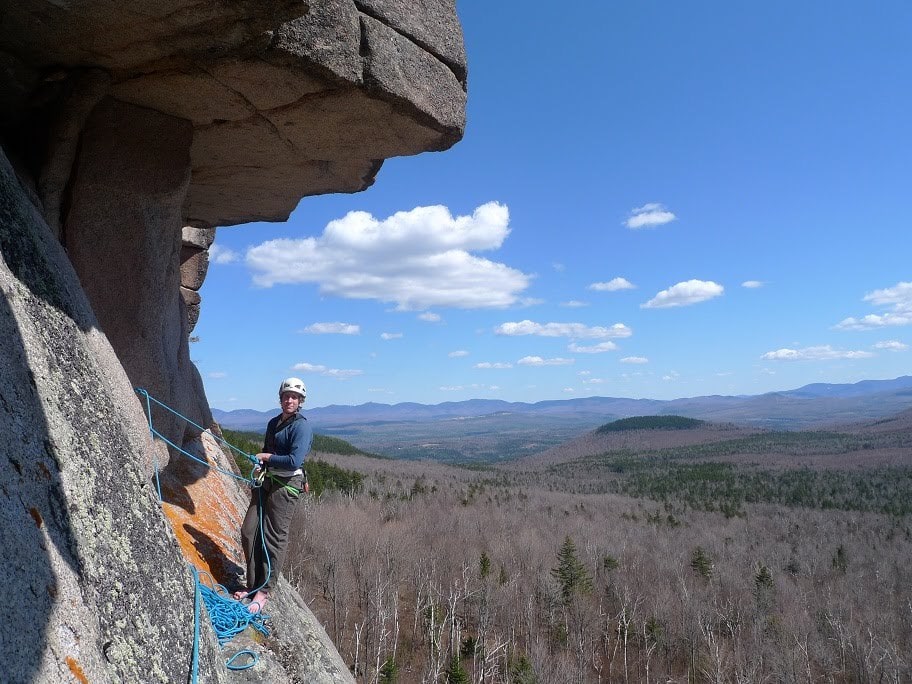 In my experience all the good granite in New Hampshire is close to the road, and I’ve spent quite a few hours testing that theory. It’s not always the case, but most of the back woods cliffs just don’t come together the way Cathedral or Cannon does. They’re too blocky, too rotten.. its always something.

My friend Eric Eisele told us to look across from Success, where we were camping last summer, toward the Kilkenny Range – north and west of Berlin. There was a cliff over there I was familiar with from its tight topo lines on the map. It looked like Cathedral, just as he had claimed, and although it was hard to tell from about 15 miles away, it seemed clean.. 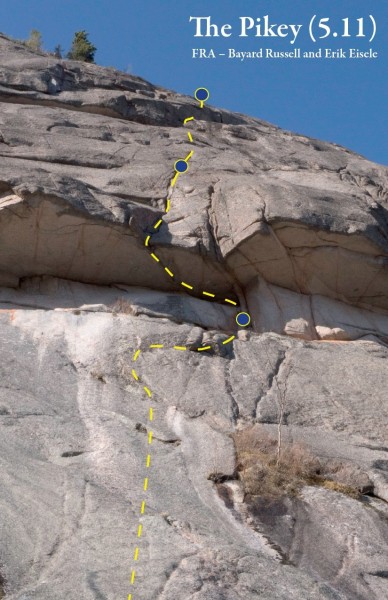 I do enjoy hacking around the woods, especially up north were the spruce and fir conceal partridge and the moose droppings are deep, so when Eric said he was heading out there last week I took an extra day off from the two week climbing trip I had just taken and met him early. He had the approach sussed from an earlier recon trip, I just fell in line behind him for the hour and a half approach.

The cliff wasn’t quite the dead vertical dream Eric had pitched it as, but I had been taking it all with a grain of salt, and it really did look pretty good. He had a line in mind already, right up the profile you would see from Berlin, and he lead a good pitch up a wide crack to get us started. I could could hear a little disappointment in his voice when I yelled down to him about ancient looking rappel anchor on top of the second, 70m pitch. We topped out and established the rappel line we would use again later that day.

Once on the ground we walked further west along the cliff to see what there was to see, and I quickly became convinced of the line to do. It had a slabby, but featured first pitch, with an old 1/4″ bolt visible from the ground, followed by a 6 foot roof where a hand crack, beginning at its lip, seemed to blast all the way to the top of the cliff, another 70m away. 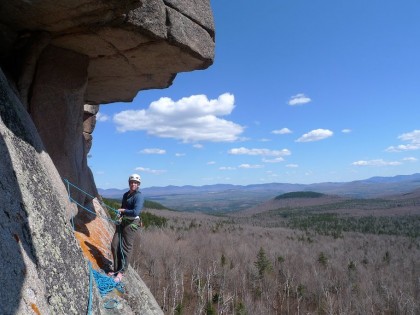 Eric at the first belay on The Pikey, Square Mountain, NH

Eric lead a slightly dirty, wandering and run-out, Conway style 5.8 slab pitch up to a good ledge under the roof, where he belayed off a gear anchor. We reconvened there before I took a stab at a direct line through the roof, but settled instead for a traverse left to the obvious crack system we had seen from below. We fiddled around a bit, figuring how to do the traverse, high or low, eventually crab crawling below the roof, back cleaning cams to straighten out the rope which had a few bends still to make. Feeling like was at Cathedral Ledge, poking gear into the Mordor Roof, I eventually got something to stick and almost pulled the 5.11 hump, up and over the lip, until a tight hand jam popped. Next go I settled into a better jam and was able to pull some surprisingly gymnastic trad climbing to get settled into a perfect, but sharp, clean hand crack. Another 30 feet of perfect hand jams got me settled into a belay stance with another gear anchor.

From here Eric lead a 70m, 5.9-ish. crack pitch that involved all sorts of minor obstacles; from face moves between systems, a corner, overlaps and the occasional pocket when the crack would peter out for a bit.

We rapped down the rappel line we had established earlier, getting a core shot right in the middle of my brand new rope, as it scraped over the edge of a ledge on the rappels.

Eric did a great job hitting the end of the flagging tape which marked our trail in, working against the grain of brooks and terrain for half a mile. From there it was a almost a simple slog; except for the beaver flooded section of old woods road, which wanted a pair of rubber boots, great grass hummock hopping skills, or a lack of concern. Back at the car, with light still to spare, I marveled at how well the day had gone. Thanks to Eric’s earlier recon we scooted right out to the cliff, climbed two routes, one with two new pitches of clean crack climbing, at an interesting grade, ground up, with the same rack I would take for an after work cragging session on Cathedral’s well worn lines. It was truly a rare opportunity.