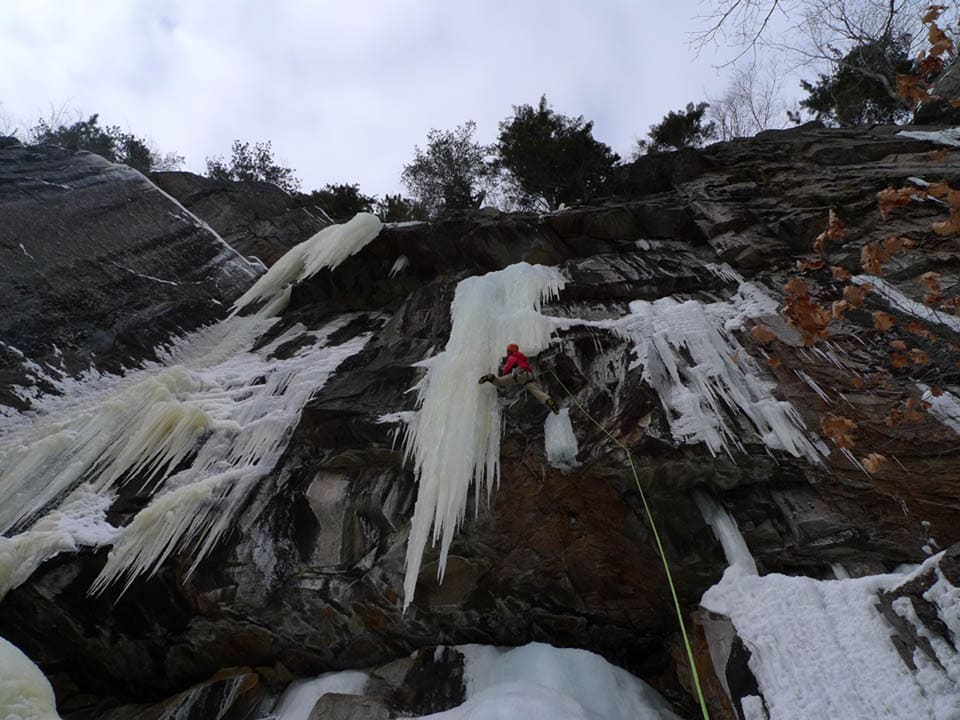 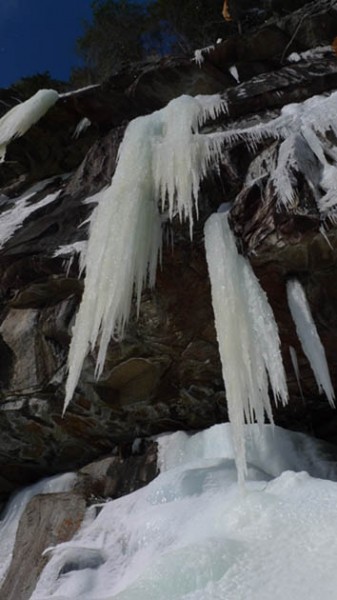 When this line, next to Cocaine, came in this season at Frankenstein, it already had a name.

He would know, he moved to L.A. to live with one that he met on his credit card company’s customer service line.

Josh Hurst and I humped the whole kit up the hill, and got to work. The route looked beautiful, fatter than I had ever seen it, and I had taken that hike a few times before with my eye on this usually sunbaked and poorly formed, hanging tube. Guiding the previous week, I had seen what might be a good start to the main icicle, connecting blobs and smaller hangers coming in from the right. On closer inspection last Saturday morning it looked like the way to go. 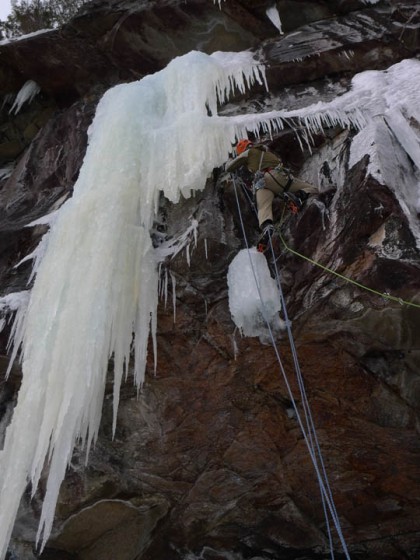 I headed up and drilled the first bolt, hanging off a good tool in an icy crack. Josh got in the next, off a bad cam, and I aided up a blade crack high enough to get in the third, to protect the transition onto the ice. Most of the day gone at that point, I headed up on the lead, firing the initial sequence of overhanging mixed climbing, feet on crumbly rock, and tools in little blobs of ice. The transition to the coveted column was so classy that afternoon. The sun had been just strong enough to soften up the surface, making for some great ice climbing. 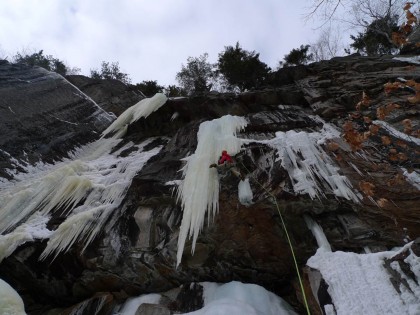 The daylight dwindled as I tried to figure a way through the roof above, and we decided to come back in the morning and have a closer look.

The next day we climbed up Cocaine and rappelled over the, soon-to-be, Strippers roof to check it out from above. Convinced of the proper path, and it’s thuggishness, we headed for the ground to give it a go. I was feeling lousy and popped off down low a time or two, and just couldn’t muster the mojo to really go for it up high where it counted; pulling the roof through one of its offerings, a small nut crack which turns into a slightly vegetated seam. I did get fired up though when Josh took over and sent the pitch on is first go of the day – it was impressive, the final roof suiting his style of climbing – extra burly pull-ups. 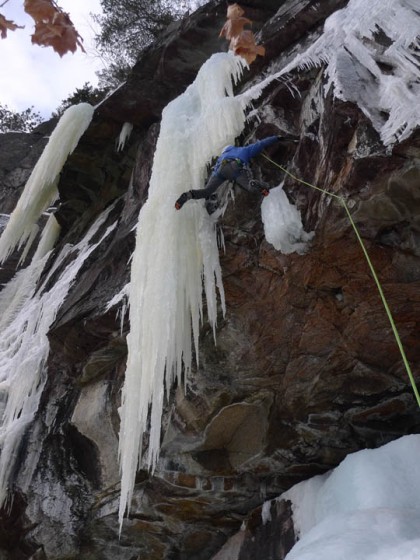 Josh Hurst about to fire the FA of Strippers.

I headed up next, and popped out of the roof. After lowering to a good ledge atop the ice I tried again, this time hanging on through the powerful sequence. Above the roof I was forced to remember what a good climber Josh is, as I performed the mandatory turf-shot-mantle, on bad feet, above a spooky fall.

The Bossman
Scroll to top